This is a first for PMT. We have never before reported on two cases together. However, this is a special circumstance as these cases read together are “game changers” when it comes to loss transfer.

Two recent Court of Appeals decisions underscore the primacy of contractual language (or a lack thereof) over appeals to the “reasonable expectations” of a contracting party. The decisions signaled the Court’s faithfulness to principles of contractual interpretation, including the proposition that contracts should not be judicially re-written when their terms are plain and unambiguous. Of course, where the majorities used interpretation to find clarity, the dissents detected ambiguity and/or issues of fact. The dissents also charged the majorities with narrow readings that undermined the intent and expectations of the parties.

The decisions share another important similarity: they are the culmination of litigations involving a complex construction project, contracts, and insurance arrangements, fields that are not shy to conflict but also yearn for the opposite.  In view of the foregoing, it is an opportune moment to think comparatively about the Court’s decisions and to assess their impact.

“WHO IS AN INSURED (Section II) is amended to include as an insured any person or organization with whom you have agreed to add as an additional insured by written contract but only with respect to liability arising out of your operations or premises owned by or rented to you.” (Emphasis added).

Liberty denied Gilbane JV’s tender. Gilbane JV brought a declaratory judgment action seeking coverage under the Liberty Policy and so began the saga of Gilbane v. St. Paul Fire, a litigation that centers on competing interpretations of the word “with” and the phrase “with whom”.

Gilbane JV argued that (1) the endorsement is ambiguous, thereby requiring that it be construed against the drafter, Liberty; and (2) extrinsic evidence, including the contract and sample certificate of insurance, made it such that Gilbane JV reasonably expected to be afforded coverage under the Liberty policy.

The majority could find no way to dispense with “with.” It found that the endorsement was plain and unambiguous and thus agreed with the “Privity Argument” i.e. that Gilbane JV was not entitled to coverage as an additional insured under the Liberty policy because there was no written contract between Samson and Gilbane JV. Even when analyzed from the vantage of an average insured, “employing common speech[2],” the majority found that the word “with” must be doing something in the endorsement: “We cannot ascribed to the position that, whereas “with” has a definite meaning in English, the average insured understands it to have no meaning.”

The more one reads the endorsement, the more it appears, as the dissent puts it, “awkward and unclear.” According to the dissent, the endorsement is subject to divergent but reasonable constructions which rendered it ambiguous. The dissent was swayed by Gilbane JV’s argument that the phrase “by written contract” modifies “to add,” entailing no privity requirement.

As read by the dissent, the endorsement also defies the expectations of upstream parties who are accustomed to a “risk transfer regime” where downstream entities assume the risk of third-party liability. In other words, an upstream party like Gilbane JV would not expect that a downstream party’s additional insured endorsement would require contractual privity. The majority’s response is simple and direct: if parties wish to maintain industry risk-transfer expectations, don’t include a contractual privity requirement in additional insured endorsements – i.e. drop the word “with.”

Dormitory Authority v. Samson[3]  concerned the same project as Gilbane v. St. Paul Fire.  In Dormitory Authority,  DASNY and the City of New York sued Samson and Perkins under breach of contract and negligence causes of action, alleging that defendants failed to properly design and install an excavation support system which caused substantial property damage. DASNY and Perkins entered into a contract for Perkins to provide design, architectural, and engineering services for the project. DASNY entered into a separate contract with Samson for the performance of foundation and excavation work.  The City alleged that it was a third-party beneficiary under the contracts, and therefore entitled to contractual indemnification.

At the outset, the Court flagged a crucial difference between The DASNY-Perkins and DASNY-Samson contracts: “The contract executed between DASNY and Samson provides that the client – i.e., the City –“is an intended third-party beneficiary of the Contract for the purposes of recovering any damages caused by Samson.” Although there are passing references to the client in the Perkins contract, no analogous language providing that the City is an intended third-party beneficiary appears there.”

The Court held that a party’s status as an intended or incidental third-party beneficiary[5] depends on the following:

Justice Rivera’s dissent noted that the majority’s reliance upon Fourth Ocean was misplaced insofar as it comes “perilously close to requiring that a contract expressly name a nonparty as a third-party beneficiary.”  According to the Rivera dissent: where a third-party is “not a stranger to the contract,” in that its relationship with the contracting parties shows that the third-party is an intended beneficiary, then a “functional equivalent of privity” exists – i.e. the third-party may assert a breach of contract claim.[9] The concept of a “functional equivalent of privity” depends upon a case-specific analysis of the parties’ relationship, rather than an in vacuo application of rules.  Both the DASNY-Perkins contract and the relationship of DASNY and the City indicated that the City was an intended beneficiary of the project work.  As argued by the dissent, at minimum, these indicia[10] should have been sufficient to raise an issue of fact.

Dormitory Authority and Gilbane offer important lessons that go beyond construction litigation. First, the Court resisted calls to look beyond the four-corners of the respective insurance policies and contracts. Specifically, the Court refused to look at the extra-contractual context defining the parties’ relationships as a means of defining those parties’ contractual rights. This is not surprising given the limited role of extrinsic evidence in contractual interpretation.

Second, in the case of Gilbane, (1) even with a poorly written endorsement, and (2) where a party made a convincing showing of an alternative reading of the endorsement, a determination of ambiguity is hard to achieve.

Third, the Court offered contracting parties a clear invitation: fashion contracts so that third-party recovery or additional insured status is unequivocal. In the case of Dormitory Authority, this means including unambiguous language identifying a third-party beneficiary and specifying that it has a right to assert a breach of contract claim. With Gilbane, it is imperative to subject additional insured endorsements to careful scrutiny to ensure they accomplish their intended aims.

These cases clearly change what was the “standard in the industry” and the “expectations of the parties.” We suggest that you review your contracts and insurance policies to make sure you have the necessary coverage and contractual protections.

[5] The Court also cited to the Restatement for a fact pattern that is illustrative and “nearly identical” to relationship of the City, Perkins, and Samson:  “19. A contracts to erect a building for C. B then contracts with A to supply lumber needed for the building. C is an incidental beneficiary of B’s promise, and B is an incidental beneficiary of C’s promise to pay A for the building.” Restatement (Second) of Contracts § 302 (1981)

[8] The latter potion of Dormitory Authority v. Samson also addresses the recurring issue of a party’s ability to simultaneously maintain breach of contract and negligence causes of action.

[10] The dissent points to the following: (1) “the contract expressly states that a city agency will operate the DNA laboratory, and the City retained control over various aspects of the project…”; (2) DASNY is a public benefit corporation whose named governmental client is the City; (3) Perkins was aware of the intended use of the laboratory and the relationship between DASNY and the City. The Epitome of an Elegant Invitation

Dressed in scrubs by day (and sometimes by night) our bride Lauren administers care and love in the pediatric neonatal intensive care unit. So when she asked for her wedding suite to be elegant, we
Read More 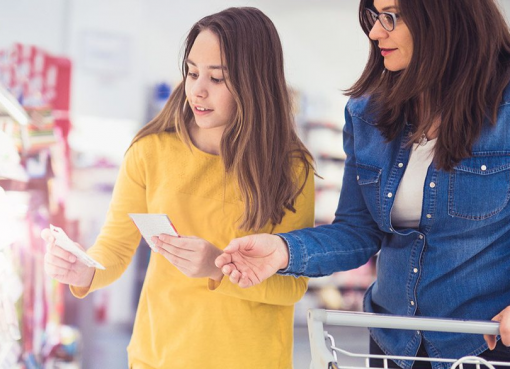 How to Raise Kids with Money Smarts 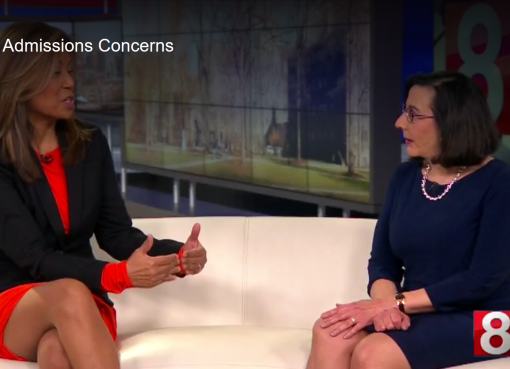